Once part of the historic Lawton Hall Estate, this beautiful ancient semi-natural woodland (ASNW) is surrounded by farmland, woodland and the old Lawton Hall park, complete with a lake.

The southern aspect is bright and sunny and has long views over the lake, now a coarse fishery. From here paths lead into the wood, amongst tall oak, silver/downy birch and lime trees. Broadleaved natural regeneration is underway, with a lively mixed broadleaved understorey replacing bramble, bracken and nettle of old. There are extensive areas of bluebell and ransomes (wild garlic) which put on a show in the spring.

The woodland has a delightful mixed age structure as well as a good selection of different tree species. The last owner has undertaken rhododendron management and has marked trees for felling, under a method known as continuous cover forestry or CCF. This technique, advocated by the late Sir Rodney Helliwell, who wrote a report and made recommendations specifically for this particular woodland, is now widely considered best practice for the restoration of ancient woodland sites as it respects ecological processes and includes soil health, the forest micro climate, associated fungi, flora and fauna as well as the trees themselves.

With attractively varied topography, the wood’s northern boundary is formed by a small river and there are slopes, gullies with seasonal streams and flat areas creating a range of spaces, some ideal for occasional camping.

Mature and maturing oak, beech, sycamore, birch, lime, ash and cherry. There is also hawthorn and hazel with regenerating saplings in the understorey.

As you might expect for an ancient semi-natural woodland, the range of wildlife associated with the wood is very wide-ranging. A number of wildlife reports including, mammals, birds, bats, butterflies and moths have been undertaken over the last few years and can be made available to the new owner.

Over 100 different species of bird have been recorded within the wood, a real testament to the biodiversity of this special place. Quite a number of nest boxes have been set up and catching a dawn chorus in the springtime is an immersive experience. Tawny owls are resident year round and their evocative calls can be frequently heard.

Access to the wood is from a road, named The Spinney just off the A34, and via a sound track which passes through Mill Lane Plantation and past the south side of the property. A parking area is located at the side of this track within the wood and from here, the woodland is accessible on foot, with a 4X4 or quad bike.

Two public footpaths pass through the wood, as detailed on the plan along with a couple of additional private routes.

The sporting and mineral rights are included with the sale.

This is a great woodland for an active wood manager to continue the restoration work that has been undertaken, providing a ready supply of logs for the fire or timber for woodcraft. Additional timber extraction may be of interest to the purchaser, subject to felling licence approval from the Forestry Commission.

It is also an ideal location for spending time outdoors with family and immersing children in nature, making swings and dens, building dams and fostering a life-long love for the natural world.

The historic parkland surrounding Lawton Hall remains substantially intact and centred on Lawton Hall Pool created in the early 1800s. The property is in divided ownership today but was previously owned by the Lawton family for over 600 years. The Hall has been restored by the Heritage Buildings Trust after a devastating fire had reduced it to a shell.

To the north lies the Rode Hall Estate, a Georgian red-brick manor, housing pottery and paintings, with 10-acre landscaped gardens and a snowdrop walk.

The Trent and Mersey Canal contours around the edge of the old estate, offering extended walks for the woodland owner and added interest. The canal supported the economic boom in the famous Staffordshire pottery districts to the south, including Wedgewood’s factory village of Etruria, connecting these to the cities of Liverpool, Manchester and Hull.

The collection of Church Lawton Barrows, also known as the Church Lawton Complex, is a significant Bronze Age site located in the parish. Two of the three barrows remain.

The boundaries of Ralphs Wood and Summerhouse Plantation are marked with red paint. These are on trees around the entire boundary. The northern boundary is with the river and the southern boundary is follows the feild edge and a short section of track. 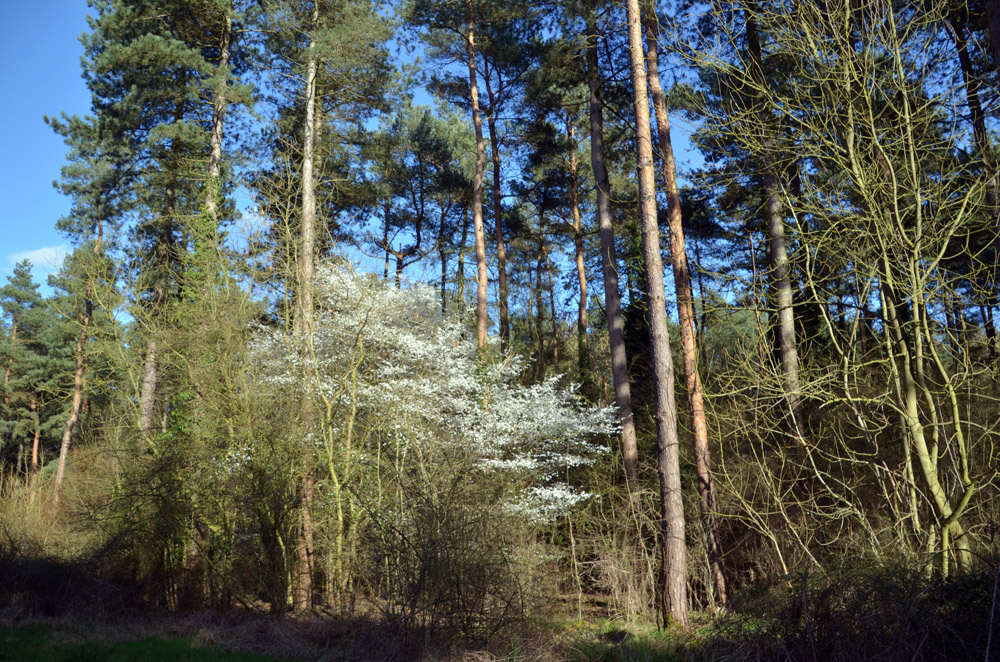 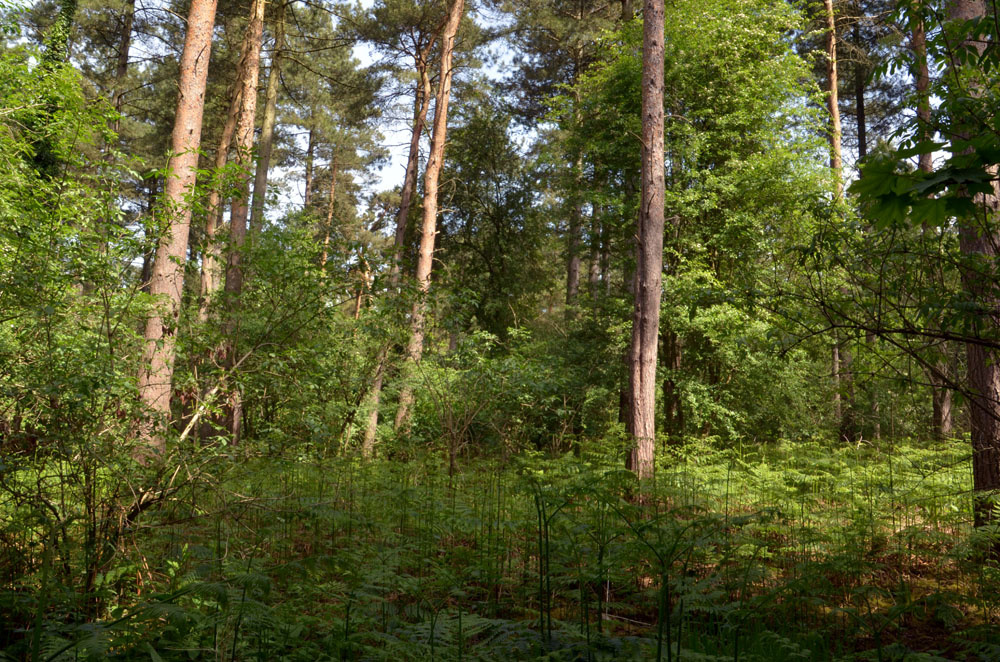 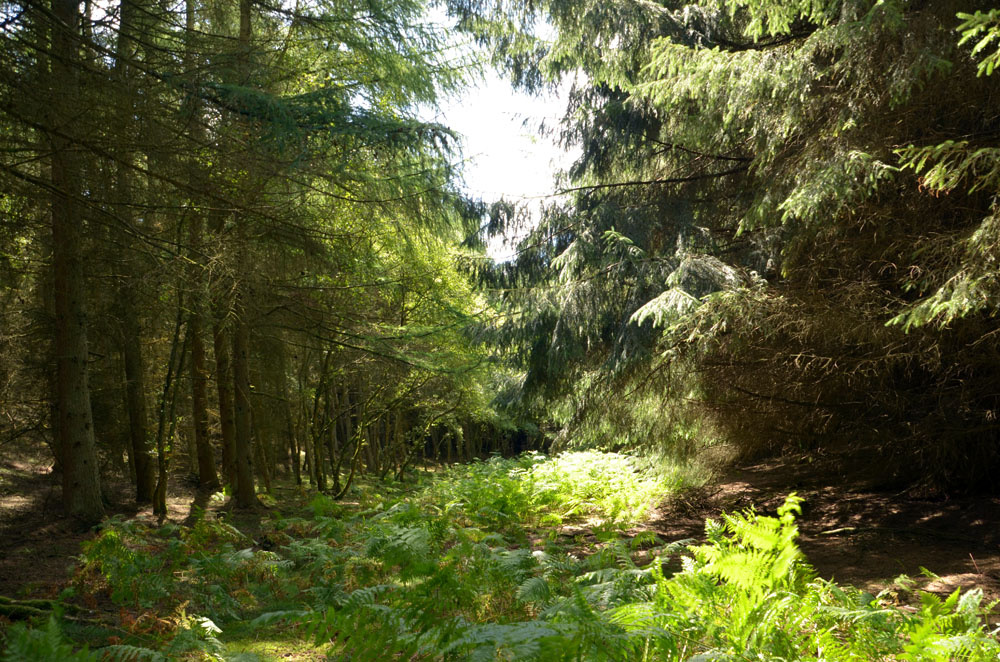 A tranquil woodland of mixed conifers with some useful timber and a secluded and atmospheric grassy dell in the centre, close to the Yorkshire Dales.