As the country tries to move towards carbon zero, so we see more and more solar parks  / farms ‘springing up’.  Whilst they do create clean energy, they also take up a lot of land, and it is important to see if such solar parks can offer other commercial or environmental benefits.  One suggestion is to place honeybee hives on such parks.  The bees could provide a pollinating service to surrounding crops / farmland.  Researchers at Reading and Lancaster Universities have studied detailed land cover maps / crop distribution patterns to estimate the economic value of deploying honeybees in solar parks.  Their investigations suggest that a variety of crops from oil seed rape, soft fruits to apples and pears could benefit from such an arrangement.  The benefits would vary across the UK, with the benefits being greatest in the East and South of the country.  Care would need to be exercised though to ensure the placing of hives did not disturb the foraging of wild pollinators, such as carder bees, hoverflies etc. 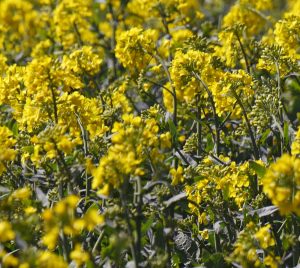 Much has been written about the importance of plants nutrients, especially NPK; that is to say nitrogen, phosphorus and potassium.   However, little is said about sulphur.  However, researchers in Groningen, Graz and Cologne have been looking at the effects of sulphur deficiency, particularly in relation to the colour and shape of the flowers formed.  The work focused on Brassica rapa, a member of the mustard family.  When it was subject to ‘mild’ sulphur stress (by limiting the sulphate in the growth medium), the flowers that formed were smaller and paler - not the usual bright yellow.  They were also likely to be mis-shapen. Colour and shape are features by which pollinators recognise flowers and then visit them. Pollen production by the flowers was also affected; smaller pollen grains were formed.  This may in turn affect the pollinators who visit the flowers foraging for food. In the relatively recent past, sulphur deficiency may not have been a problem due to acid rain, which would percolate through the soil, forming sulphates.

[In the twentieth century, acid rain formed as a result of the release of sulphur dioxide (and nitrogen oxides) into the air through the burning of fossil fuels.  However, various clean air acts have ensured that there is now much less SO2 in the air.] 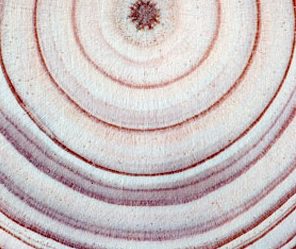 Christian Mohr (scientist from the University of Potsdam) was studying the transport of sediments in rivers in Chile in 2010 when a massive earthquake shook coastal areas of the country.  When he was able to return to his studies, he noticed that streams in the valleys were flowing faster.  He reasoned that this was because the earthquake has literally shaken up the soil, so that it was now more permeable and ground water could more easily flow down from the ridges.  As a result of increased water supply, he thought that trees down in the valleys would grow more than those on the ridges.

He and colleagues drilled out plugs of wood from valley trees and ridge trees, and back in Potsdam they examined the tree rings under a microscope.  They also looked at the uptake of different isotopes of carbon as a measure of photosynthesis.  They found that trees from the valley floor experienced a small but noticeable growth after the earthquake, and this lasted for weeks or months, whereas the trees of the ridges grew more slowly.   It is possible that analyses like these, when combined with other information, could help identify significant historic disturbances.

Recent years have seen periods of very hot temperatures, Such extreme weather events have been seen not only in the UK but across the globe (Arizona , Victoria Australia, Indonesia).     Extreme heat (and drought) have been known throughout history, but it would seem that extreme events are now more common.  The first two decades of this century are among the warmest on record; this warming is associated with increasing levels of greenhouse gases (due to human activity).

Prolonged heat is not without its effects on us, it leads to sweating, teaches, fatigue, dehydration and heat exhaustion.  The very young and the elderly are most at risk from ‘heat waves’.  A 2003 heatwave across Europe is said to have caused several thousand  'excess' deaths’, mainly of the elderly.  Even 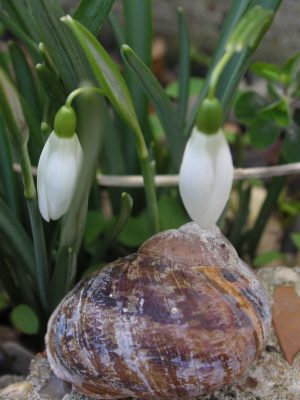 gradual but sustained warming of the climate can have its effects.  For example, Silwood Park (Imperial’s research station) has commented that though it is now November, they have not recorded a single frosty night - normally they would expect to have three in a ‘normal’ October.  Snowdrops are appearing earlier, and some migratory species are changing their pattern / timing of migration.

Across the world, different species are being affected in different ways.   Thick billed murres (type of guillemot, found in and around the Hudson Bay) have a high metabolism to deal with the cold waters into which they dive - they are cold adapted animals. On warm days (when the temperature is 21cC or above) they are dying whilst sitting on their nests - incubating their eggs.  They struggle to keep cool, if they spend more time in the water then they leave their eggs exposed to predators (like gulls and arctic foxes).  Similarly boreal and arctic bumblebee species are sensitive to heat stress, succumbing to stupor; other work indicates that some European / mediterranean species are now to be found in areas of the arctic circle - as a result of changing climatic ‘norms’.  Wild dogs are adapted to deal with heat, but if the temperature goes beyond a certain point they stop hunting, consequently their pups / offspring are less likely to survive.

Warming temperatures not only affect animals but they also contribute to the increasing number of harmful algal blooms (in lakes and off shore regions).  These blooms can be dangerous to many animals (including humans) and when they die back they ‘suck’ oxygen out of the water - creating ‘dead zones’.  One species of alga (Karlodinium veneficum) which is known to produce toxins has been shown to acclimatise to higher temperatures (up to 30cC).

As climate change and research continues, we will no doubt see further examples of how animals and plants are being affected by changing temperatures / climate .

Solar “parks” are detrimental to wildlife. They severely reduce biodiversity by limiting habitat…We are beekeepers but variety of habitat is essential.
Time to redesign solar catchment.