The honey fungus (Armillaria mellea) is a plant pathogen, found across the world. It colonises and kills a variety of trees and woody plants, producing yellow-brown mushrooms that appear above ground.  These are the fruiting bodies of a much larger organism, that can spread over large distances underground.

The honey fungus can grow and spread by means of rhizomorphs.  These act as a system of underground structures that invade and decompose wood and roots.  They allow the fungus to infect, spread and survive for long periods of time.  Once the honey fungus is present in a garden, it can be managed but rarely eradicated.

One specimen of the honey fungus is claimed to be the largest living organism on Earth, it is said to measure over two miles across and is found in the Blue Mountains in Oregon.  In woodlands or forests, the fungus feeds on the dead and dying; it is part of nature’s recycling systems. The hyphae secrete enzymes which break down complex molecules 'locked' in the remains of plants and animals, releasing simple molecules like sugars and amino acids, which can then be absorbed. Healthy plants are much less likely to succumb to the honey fungus.  The spread of the honey fungus has been made worse in recent years by warm, dry summers that have rendered plants more susceptible to infection. 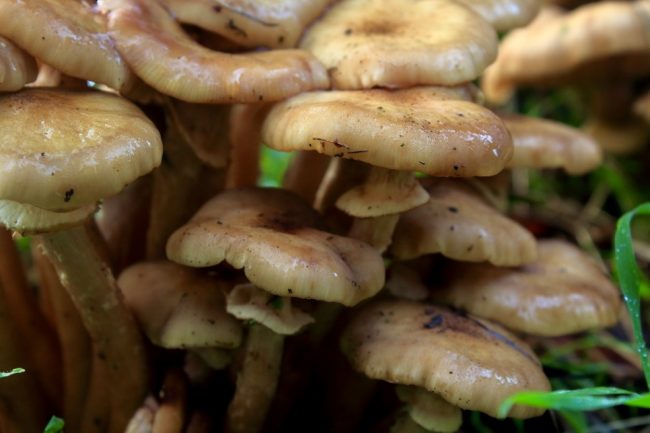 Plant pathologists have recently analysed many thousands of records of confirmed cases of the honey fungus. The database was compiled from samples supplied by many gardeners.  It seems plants fall into three broad categories according to their susceptibility to the honey fungus.  Plants such as the Myrtle, Fuchsia, Heather and Camellia have a low susceptibility to infection, whilst witch hazel, liquidambar, sweet chestnut and birch are very susceptible.  Somewhere in the middle are maples, magnolias and roses.  If a garden is ‘infected’ with the fungus then knowledge of which plants are likely to survive is very useful. 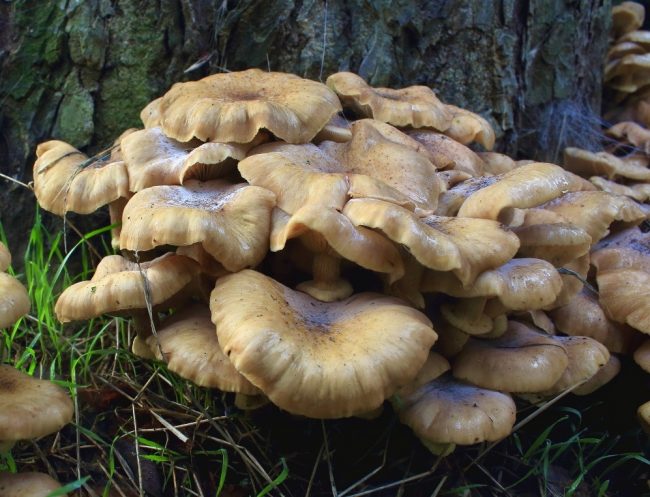 Thanks to Jasper for all images of the Honey Fungus.

Yes indeed, walnut is a very valuable timber used in furniture making. Get in touch with your local cabinet makers and see if they are interested in buying the timber from you.

I have a dead walnut tree – killed by honey fungus.

It is now felled.

Can the timber be used for furniture or anything other than logs?