Bark, its nature and uses.

Bark is the term that is often applied to the outer covering of tree stems and other woody plants. It serves to protect a tree from

The nature of bark is immensely variable.  In some trees, the bark is extremely rough, corrugated and thick.  In others it is is thinner and appears to peel off in strips.   Redwoods are noted for having an extremely thick bark (see featured image above). Their bark is very fibrous and can be up to three feet thick.  It provides not only protection against fire, but also rock fall; both of which are hazards in their home habitat. In the cork oak (Quercus suber), the cork layer of the bark is so thick that it can be harvested periodically without damaging / killing the trees.   The bark of birch ‘exfoliates’, it can be removed in long strips.  These strips can be put to various used - from the covering of canoes, to roofing material and even shoe making.  The inner bark of birch is also edible and can be used in making bark bread. 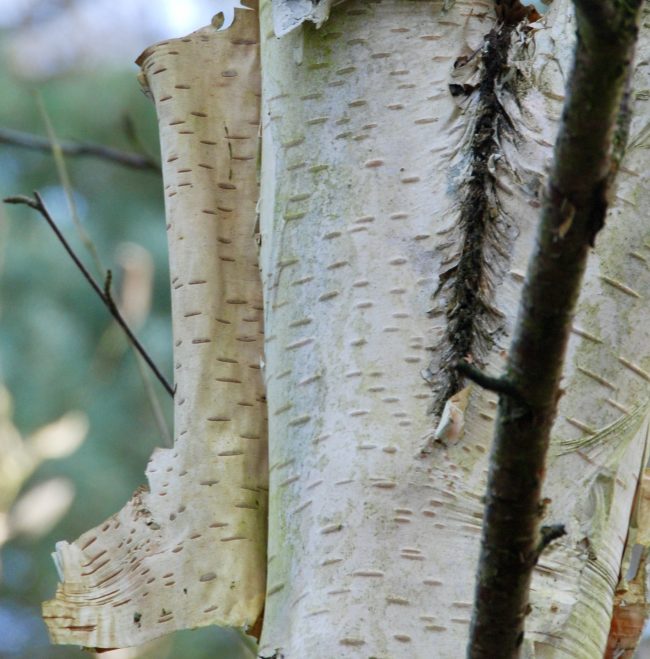 Bark and its ‘products’ have a number of varied uses.  In historical times, Jesuit’s Bark was used in the treatment of malaria.  The bark, which contains quinine, was obtained from the  Cinchona tree and for many years was the only treatment effective against malaria.    It is not the only bark known for its medicinal / pharmaceutical value.  The bark of Willows produces a sap, which is rich in salicylic acid.  It has long been used as a remedy for aches and fevers, indeed Hippocrates spoke of its properties in the 5th century BC.

Other barks can provide colourings and flavourings, for example cinnamon. 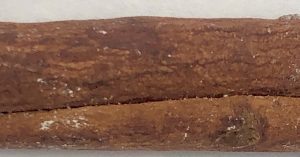 This spice is obtained from the inner bark of several tree species from the genus Cinnamomum (member of the Laurel family). I t is used in a variety of cuisines; some sweet, some savoury.  Its distinctive aroma and flavour are due to an essential oil, which contains cinnamaldehyde and eugenol. Much of the world’s supply  comes from Indonesia and China.  (RH image of cinnamon stick)

A different bark product is rubber.  Natural rubber is harvested in the form of latex from the amazonian rubber tree (Hevea brasiliensis).  This tree belongs to the same family as the common spurge, the Euphorbiaceae. The latex is a sticky, milky exudate which drains from incisions made in the bark; the collection of this sap is known as "tapping". The latex is later refined into rubber for commercial use. 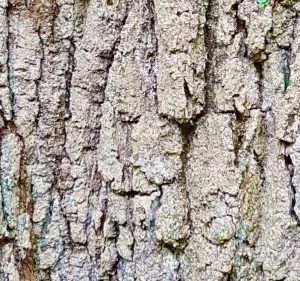 Various tree barks have been used in the tanning of leather.  Bark contains a wide range of chemicals - notably polyphenols or tannins.  The tannins can attach to the protein in the animal hides which means they are more resistant to bacterial attack.  Tree barks that were used included oak (adjacent image), chestnut, hemlock and sumach (around the Mediterranean area).

There is no clear or simple definition of what bark actually is in terms of its structure, origin and make-up.  Broadly speaking it is the tissues they lie outside the vascular cambium.  The vascular cambium is a layer of actively dividing cells that form water conducting xylem tissue (towards the inside of the tree) and sugar conducting tissue towards the outside of the tree.   So the inner part of the bark lies next to the cambium and phloem, and generally contains various types of living cells.  Indeed, this part of the bark may contain the glands that produce latex and resins (often important in repair after physical damage to coniferous trees).

Moving outwards, one comes to the outer bark or rhytidome, which contains living and dead material - notably cork cells.  Cork cells are produced by another layer of actively dividing cells - called the cork cambium or phellogen.  The cork cells fill with a waxy substance - Suberin.  As this layer of cells ‘thickens’ so the cells are no longer supplied with water and nutrients, they die and form much of the bulk of what is commonly termed the bark.  The nature of bark is immensely variable. 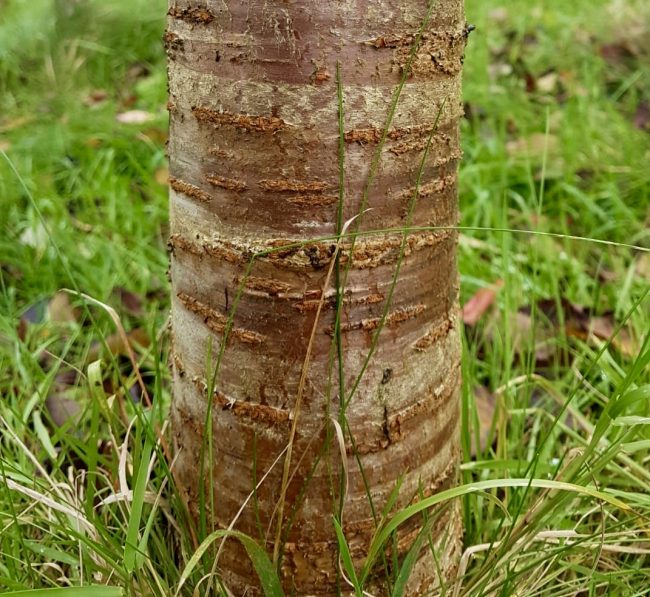 Bark of wild cherry (thanks to Art Symons). 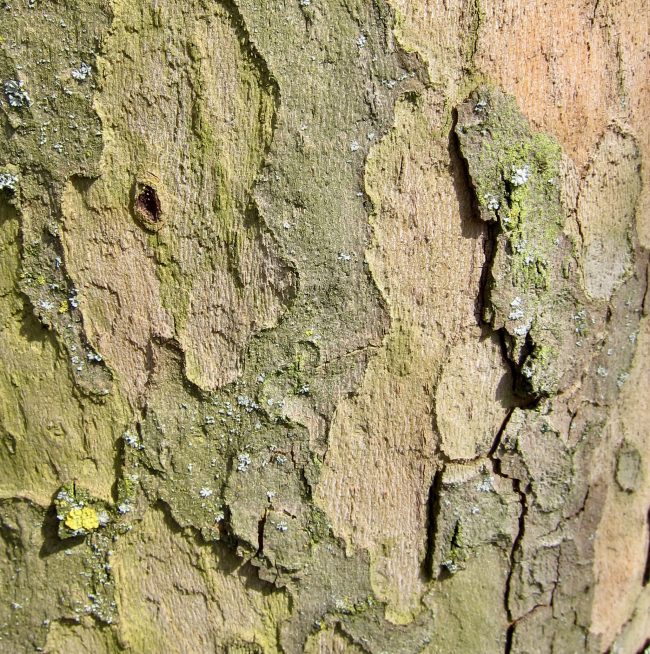 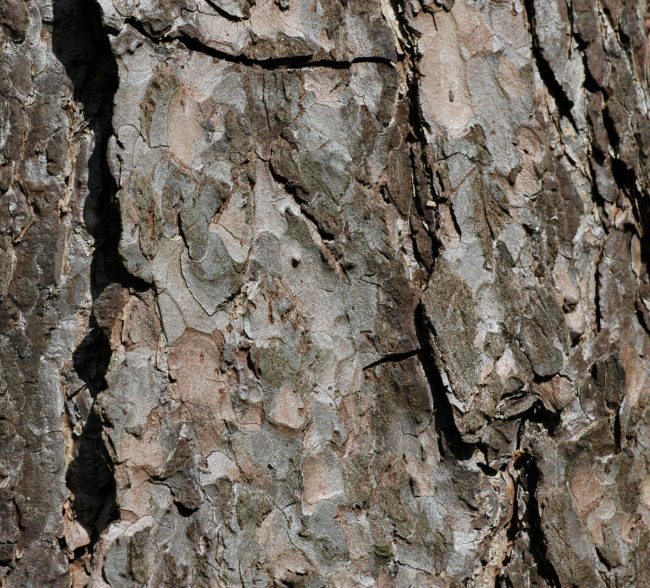