Brighton in Sussex is home to Britain’s largest population of Elm trees. These 19,000 elm trees are known as The National Collection. Elm trees are increasingly rare due to the blight brought by Dutch Elm disease principally in the 1970s.  Initially this came into the UK as long ago as 1926.  Dutch Elm disease is a fungus carried by beetles and affects only elm trees. In response to this attack, an elm tree will automatically produce tyloses, an effective natural defence against the 1926 strain of Dutch Elm disease. Tyloses occur in the xylem - water conducting vessels of the plant / tree, sealing them off and restricting the movement of the pathogen.

However in the early 1970's,  a new strain of Dutch Elm disease was imported from channel ports, linked directly to the Canadian Rock Elm. This strain travels faster through the elm trees and kills them before they can produce tyloses. Since the introduction of this strain of Dutch Elm disease to Britain, the number of elm trees has gone down from about 3 million to fewer than 200,000 and many of these are very young ones which will certainly succumb to the disease. Elm trees reproduce by root stalks more often than by seed and so this transmission mechanism quickly spreads the disease between elm trees and along elm hedgerows. 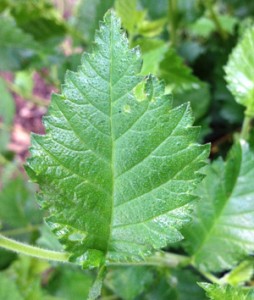 Why are there still any elm trees in Brighton despite Dutch Elm disease?

Brighton’s National Collection of elm trees has been preserved by preventing Dutch Elm disease from getting into Brighton. The South Downs and The English Channel form natural defences across which the disease cannot easily travel. Brighton’s elm trees are most threatened, according to elm tree expert Rob Greenland, from the Chichester planes and from the Shoreham direction. The tracking of beetles using pheromone traps and tactical pruning of infected boughs is used by the council to help stop Dutch Elm disease spreading.

Can elm trees in the rest of Britain survive Dutch Elm disease?
Elm trees can also be protected through chemical treatment, which is effective although expensive. Other techniques such as reproducing elms which are genetically immune to Dutch Elm disease are being developed: one example is the propogation programme of Paul King. The cost of failure is high in terms of biodiversity as Elm trees 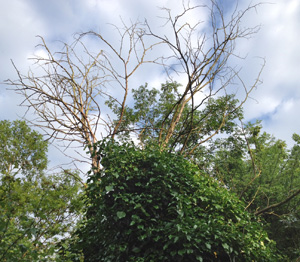 support a range of other species. For example, the White Letter Hairstreak butterfly and many other species depend on the elm tree for nutrition and survival, and so they too are also in danger as a result of Dutch Elm disease. Aside from biodiversity if the Brighton National Collection were to get infected, Rob Greenland estimates it could cost £20 million in remedial and replanting work to clear up and replace these elms with other species.

Meeting Rob Greenland is an education in the world of elm trees. He is so enthusiastic about elms that his car number plate is R2 ELM. He has a website dedicated to elm trees and even though he is now retired Rob is happy to show people round Brighton’s National Collection. 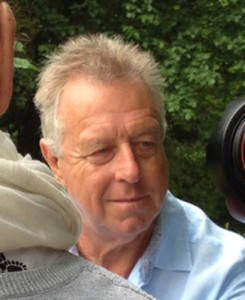 As he says, ‘’The National Collection in Brighton is like a fortress with heavy stone walls, but all the buildings inside are made of wood in the fight against Dutch Elm disease." 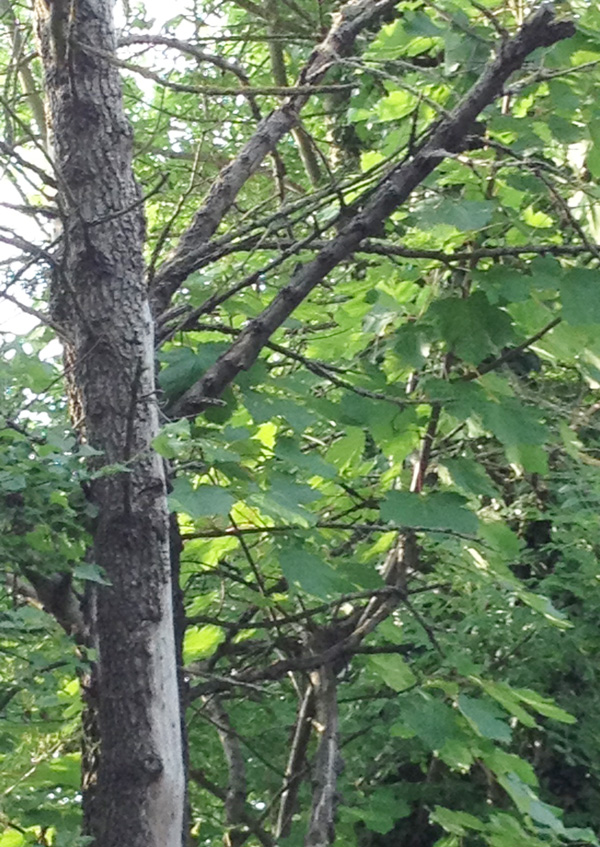 Hi Any one know how I can get Rob Grrenland’s number for a consultation?

As is well known, a large population of English elm persists in and around Brighton. Very sadly, a great many were lost during the great storm of October 1987, but the city is still a good place to observe them.

Until recently there was a good stand of them a few miles east, just south of Milton Court in the hamlet of Milton Street, along with a significant remnant of what resembled the nave of a cathedral along the lane to Litlington. I don’t know why any of those trees have been felled—i.e., whether they were diseased or whether they were felled as a precaution against damage through falling naturally.

Going back in time, up until the ’50s there were stands of great elms opposite the entrance of Milton Street Farm, as well as along the roadside hedge of the orchard belonging to that property. Until the ’60s (at least) there was also a majestic group on the A27 approaching Beddingham from the east, which came into view as one rounded the bend in the section of road since made redundant by re-routing the A27 as a straight road. Their stumps were visible Indeed there was a short length of old dual carriageway between that group of elms and the village of Beddingham : does anyone remember elms along that stretch—or, better still, have any photographic evidence of any I have mentioned ?

hi everybody,
i am trying to preserve some significant Elm trees in a woodland and there are many elms in a woodland across a field in rookery wood ( Bishopstone near Seaford in Sussex.
many are dead or dying so are a breeding site.
my question is, what is the pupation period of the larvae once the female has laid her eggs? my belief is 4-7 weeks so need dealing with swiftly.
the Elm control organisation are leaving trees for up to 12 months in some cases as trap trees,this to me far too long and causing the disease to spread.
i have set up my own trap trees and remove them every month try to stop my Elms being infected. i have also used Carbon Gold a bio char with mycorhizal fungi and potassium to promote healthy root growth. i am interested also in injecting the elms to try to preserve these elms. Any suggestions greatly appreciated.
Guy litchfield.

“The Great British Elm Experiment
The Conservation Foundation is attempting to unlock the mystery of why some trees survived Dutch elm disease which wiped out over 25 million elms in the UK.”
http://www.conservationfoundation.co.uk/project.php?id=2

You can purchase through this site & follow the tree parent.

What can you recommend as elm stock for plsnting in Sussex? My search turned up the Japanese hybrids, or the nursery in Essex….