Some flowers are open during the day, ready to receive visitors (pollinators) but close up each night at dusk; for example, crocuses, tulips, poppies.  Other plants move their leaves in response to light and dark. Such movements of flowers and leaves are known as nyctinastic movements.

The reasons for these movements are not particularly clear / obvious. A number of suggestions have been advanced :

Different explanations may apply to different plants but these movements have a common underlying mechanism, namely phytochrome.  Phytochrome is a blue-green light absorbing pigment. It responds to red (in the region of 660 nM) and far red light (>730 nM). Red light is generally abundant during the day, but the balance between red and far red shifts towards the end of the day. This change is detected by phytochrome and it directs the plant’s circadian / daily rhythm.  Phytochrome is involved in many processes during a plant’s life cycle from germination to flowering. 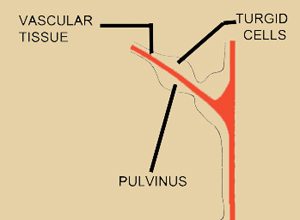 The nyctinastic movements of plant parts is, however, largely controlled by the movement of water into and out of cells - cells can swell or shrink.  Some plants have special structures called pulvini to control the movement of leaves.  Pulvini are found in the bean family (Fabaceae), and plants like the sensitive plant (Mimosa pudica) and the Prayer plant (Maranta sp).  Pulvini are usually located on the leaf stalk (petiole). A pulvinus is a small swelling on the stalk, it has a central core of vascular (water-conducting) tissue surrounded thin-walled cells (parenchyma tissue) with large fluid-filled vacuoles.  The flow of water in and out of the vacuoles of these cells raises or lowers the leaf stalk / leaf. 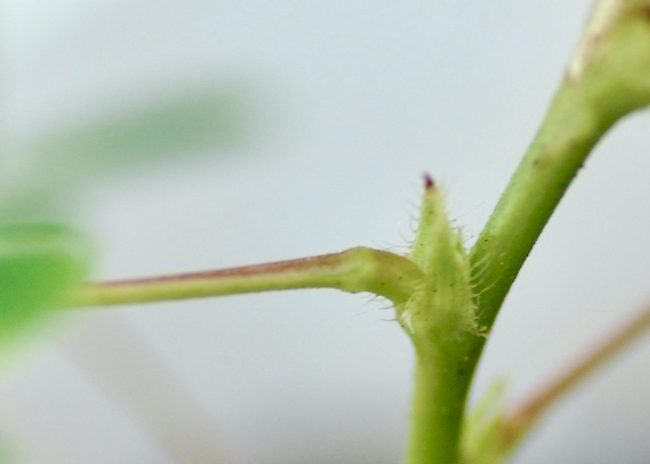 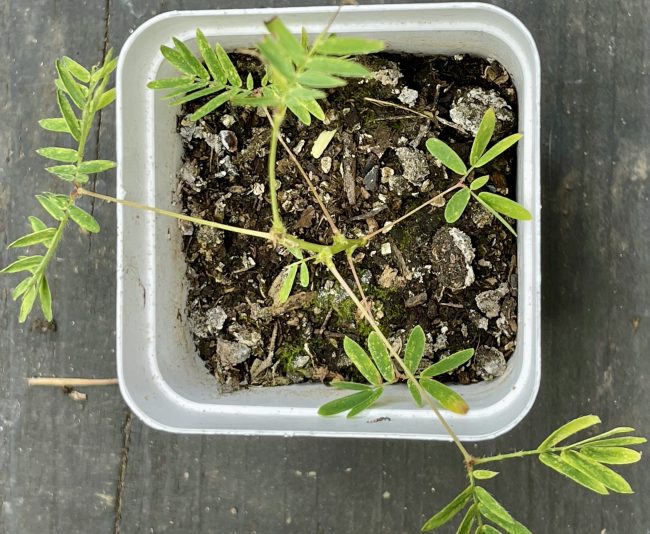