The effect of deer on woodland plant communities.

Images of deer in a woodland clearing may seem charming, but quite how deer and woodlands interact is not fully understood. It is certainly the case that deer affect tree regeneration;  they browse on saplings and can cause extensive damage to bark (through territorial behaviour / antler rubbing) to larger trees.

The lower levels of the plant communities are also affected by deer.  By changing these, deer also can change the animals to be found in this lower layer of a woodland. Research by Dr. Simon Chollet and colleagues showed that deer interaction can influence soil water availability,  and soil fertility. Their study looked at the role of Sitka black-tailed deer on the plant communities in forests in parts of western Canada. Chollet et al. examined twenty areas where deer were excluded for some two decades. An exclosure is a limited area from which browsing animals, such as deer, are excluded by fencing or other means. 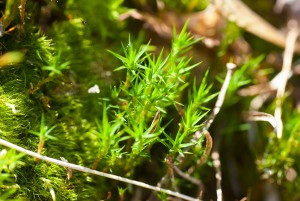 Unsurprisingly, they found that deer did have a significant effect on the plant communities. The exclusion of deer resulted in an increase in vascular plant richness and cover, though bryophyte (mosses etc) cover declined. They also found that with the deer gone,  the exclosures started to develop broadly similar plant communities.  There was no increase in beta diversity - that is the development small, localised communities of varying character.

It was suggested that the dominance of certain species within the exclosures was linked to historic over-browsing.   Consequently, those plants that are able to withstand the presence of deer over time are best placed to achieve ‘dominance’ once this grazing pressure is removed. 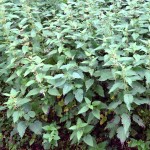 This might explain why the different enclosures developed similar vegetation and plant species.

Biotic homogenisation has been seen in the UK woodlands, as was discussed in a previous blog.  It can be the result of introduced species, pollution (eutrophication - increased nitrate and phosphate levels), which allows botanical thugs (like nettles) to dominate, or poor woodland management.