How does Inheritance tax and capital gains work with woodlands?

By Richard and Angus

Woodlands get some protection from these "capital taxes" in order to encourage people to invest in forestry and to manage it commercially.  This blog explains in outline how these taxes affect woodlands.  Of course,  income from sale of timber is completely tax free whether the woodland is owned by individuals or held in a limited company, but relief from IHT (Inheritance Tax) and CGT (Capital Gains Tax) is not automatic.

IHT is potentially charged at 40% on the woodland of a deceased owner, though that only applies if the deceased person had assets of more than £325,000.  There is also no IHT charged where assets are transferred to a spouse.  This 40% tax is on the market value of the woodland so one can see that without various exemptions it would be hard to keep woodland in the family and hard to keep rural estates together.  Fortunately for woodland owners IHT can be legitimately avoided, reduced or deferred in three different ways. 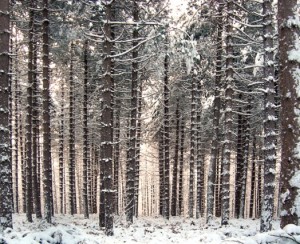 The main way to avoid paying IHT is to make sure that the woodland qualifies as a business asset which formally means you would be using the Inheritance Tax Act of 1984 (IHTA) where you can get 100% relief from this tax if the woodland is both commercially managed (in other words it has been run as a business)  and has been owned for at least 2 years.  As the woodland owner you will need to show that the woodland has been managed with a view to generating timber income or capital gain from the increase in the value of the timber.  The sorts of thing that the tax authorities (this means the HMRC) look for are the existence of a management plan where the principal objective is timber production, evidence that the plan has been actioned and updated, and proof of budgets and financial records.  Typically a Forestry-Commission-approved Woodland Management Plan will have been drawn up that also enables an owner to obtain grants which further help to prove "commerciality".  Of course HMRC will look at the relief claim after death and it is up to the inheritor/beneficiary to provide the evidence on which HMRC can make a decision.  However, it is quite possible that a woodland owner dies without having shown serious business intent, but all is not lost - there are two other routes to reduce or defer IHT.

The second route is the use of Agricultural Property Relief which essentially means that you can show that the woodland was part of an agricultural holding, perhaps used as a shelter belt.  But this use has to be shown to be occupied along with agricultural land or pasture and also used in conjunction with it (ancillary use), so it is fairly unlikely that many owners of small woods - living some distance away from their woodlands - will be able to use this relief. 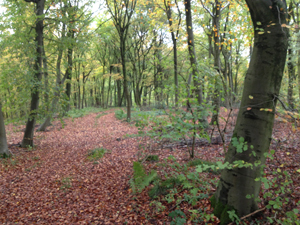 However, there is a third IHT relief which many woodlands will be able to use, called "Woodland Relief".   This allows IHT to be deferred on the value of the growing timber until such time as that timber is felled and sold, which in practice may be an almost indefinite period.  But how to work this out is a bit unclear.  Suppose a woodland is bought, is not commercially managed, and ten years later the owner dies when the market value of the woodland is £70,000.  The potential value from selling the timber might be as high as £20,000.  This would reduce the IHT immediately payable from £28,000 to £20,000 in tax (being 40% of £50,000 rather than 40% of £70,000).  There might be, however, a reasonable argument that the timber value is even higher - if the "prairie value" of the woodland, in other words the value of the land before planting, is only, say, £30,000 one could argue that the timber value is the difference between the two, being £40,000, in which case the IHT immediately payable would be only 40% of £30,000 - being £12,000 in tax.  But what this illustrates above all is that the best IHT relief (above) is the business property relief which involves no IHT payment at all, so proving commerciality is usually the best option.

I inherited a small ancient wood in a valley in Cornwall not easily accessible i have owned it for over 30 yrs. Would I be liable for Capital Gains if I sold it or inheritance tax if left to my son.? No income is raised from the wood.

Thank you for the very informative article. My woodland is leasehold with about 950 years remaining and is not commercially managed. Is it known what the capital gains tax liability is on a sale in my kind of situation?