Best known as an actor, and a "national treasure", Judi Dench has had a passion for trees since she was a young girl and she owns a small 6-acre woodland which she's had for about 30 years.  This ultimate woodland programme can be seen on BBC catch-up TV - just search "Judi Dench my passion for trees".  It's a single one hour programme and takes us through a whole year, mostly in Surrey and often looking at older oak trees.  As Judi says, at one point, "my life now is just trees ... trees and, er, champagne."

Shakespeare has always been a big part of Judi Dench's life and she has acted in some thirty Shakespeare plays starting in the late 1950s and culminating, according to some, in her playing "M" of MI6 in James Bond.  Dench points out that Shakespeare made dozens of references to trees and woodlands, perhaps because he grew up in the countryside.  Unlike other writers of the time he was a rural person 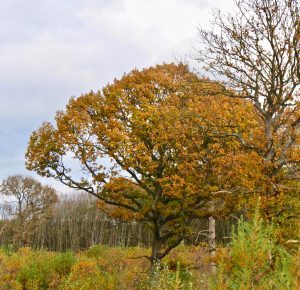 working in an urban setting so he imported the countryside.  Judi Dench quotes extensively from Shakespeare to illustrate the programme.

Alex, a researcher helps Judi use a 'tree stethoscope" to listen to a tree through its bark, the sounds that it captures  - “rumbles and pops or clicks” are due to water moving up the tree and the occasional breaking of the water columns in the xylem vessels.  Tony Kirkham, who is in charge of the arboretum and gardens at Kew, is also brought in as an expert and explainer.  Judy responds with admiration and wonder, often exclaiming "Oh, my goodness" or "good gracious", or “oh, I say", or "it's riveting".  But she does it with total sincerity and her wonder is infectious even when she is responding to new technology measuring photosynthesis or working out the total length of all the branches on her oak tree (12 kilometres !). 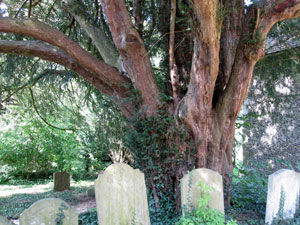 One dimension of her 'passion for trees' is the length of time they live, putting even Judi Dench's 83 years into perspective: we see her climbing into a 1500 year old yew tree and studying her own 200 year oak, planted at about the time of the Battle of Waterloo.

"My Passion for Trees" comes up with some great ideas for the owner of a small woodland including planting a tree in memory of a relative or a close friend, observing the woods in collaboration with experts, and using technology to view trees from new angles (high walkways, drones, visualisations).  The BBC has produced a masterpiece which anyone interested in woodlands should watch.  I watched it twice.