LiDAR – amazing technology for tracing the history of a woodland

Over the last 20 years there has been a revolution in understanding the history of our woodlands.  That's because a technology known as LiDar (Light Detection and Ranging) allows planes to map the forest floor to an accuracy of 4-6 inches (100 to 150mm) which means that earthbanks and holes of any significant size can be mapped accurately.  An aeroplane flies over the woodland with very precise plotting of its height and position and it bounces laser beams off the forest floor to collect enormous quantities of high-precision data.  The cleverness of the technology is that even though a beam is bounced off the ground the signals from trees and leaves can be filtered out: so it maps a detailed picture of the ground surface totally naked. This is far more useful for archaeology in woodlands and forests than aerial photos can ever be, even in winter and allows an overview of the forest floor that was not previously possible. 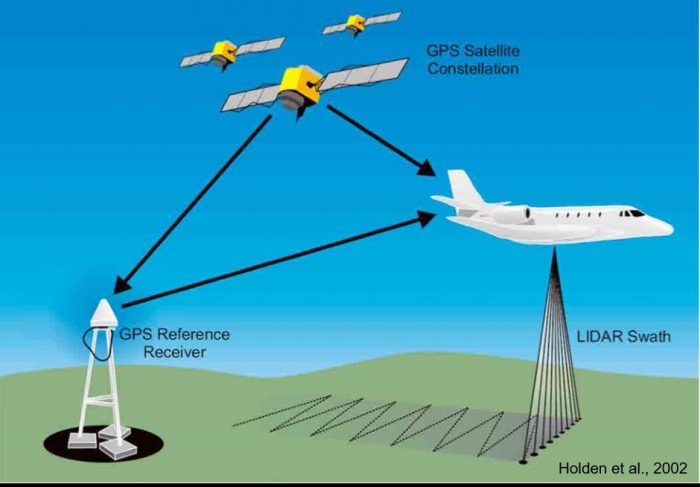 In one recent study on some land in Hampshire, owned by woodlands.co.uk, a researcher, Andrew Bowler, identified all of the following: bronze age tumuli, world War II trenches, bomb craters, ancient field boundaries, saw pits, wood-banks and the hidden traces of old trackways.  Andrew had been inspired by seeing how LiDAR has been used in Belize, South America, to detect ancient Mayan temples beneath the rainforest canopy.  He says, "LiDar data has provided a picture of how the local landscape has evolved over several millennia." 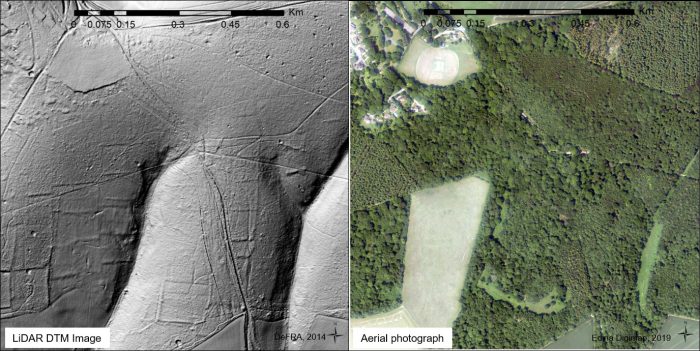 LiDAR images allow you to build up a chronology of changes to the woodland floor and make deductions about what happened and when.  For example this Hampshire woodland was used as a military base with new tracks crossing it,  but using LiDAR you can deduce the order in which tracks and trenches and earthbanks were dug. 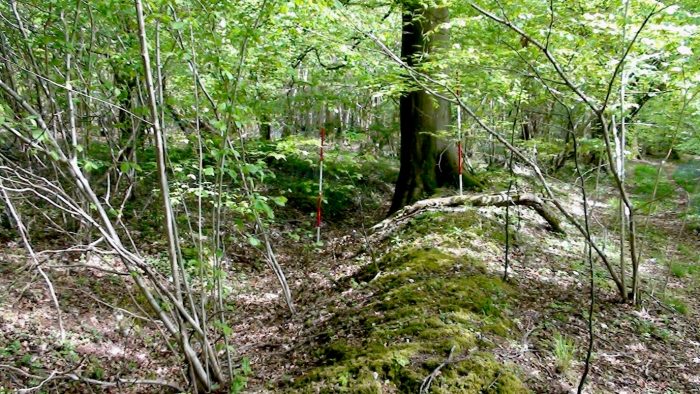 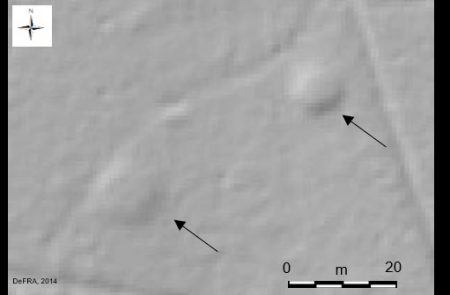 Some of the medieval earthbanks are shallower and this may be because the passage of time has seen them erode - but clear traces remain and the field system is detectable, including lynchets.  These were man-made banks to increase agricultural output.  Actually they were probably as much woman-made as man-made from what researchers have deduced about how bronze age communities operated.  Using the LiDAR results in combination with more traditional woodland archaeology researcher Andrew Bowler showed that after the Bronze age settlements (about 2,000 BCE), with their notable funerary monuments, there was development of small field systems during the Iron age (about 800 BCE) and probably extending into the Roman period (100 BCE);  the land returned to woodland use during Anglo Saxon times.  Some of the woodland was cleared about 400 years ago leaving the landscape much as we see it today.

The LiDAR work also reveals how woodland boundaries were created, with a ditch being dug and the soil usually deposited on the side of the person digging, so that the boundary is often the ditch rather than the bank.  In a woodland with chalky and flinty soil, like the one being surveyed in Hampshire, there are few ponds because rainwater drains straight into the chalk.  This means that there is relatively little erosion so features remain for many hundreds of years.  The general principle is that any changes that were made over the years were done for a good reason because hand digging was hard work and so you wouldn't dig unless it was absolutely necessary.  But that logic still leaves us wondering "why?" about certain lines and holes in the surface and often we just have our best guess.  Maybe more new technologies will help fill in the gaps.  Have you seen features of the woodland floor where you've wondered why they were dug or how and when they were created

To get the really naked map, alter the settings to Environmental Agency LIDAR DTM 1m.
Found a great hole underneath a bramble mound. Knew there was something odd there. Wonder what it is …

How would I go abbout obtaining Lidar maps?

A very good article with explanations.
I have used Lidar for looking at medieval mottes in Wales.