The loss of pollinators, particularly honey bees, may bring about a synergy between pollinators such as hover flies and artificial intelligence technology.  Honey bees (and indeed bumblebee)s have been hit hard by habitat loss, pollution, the  extensive use of pesticides and the spread of viruses and varroa.  Bees provide an important ecosystem service, namely pollination.   bees provide the majority of plant pollination world-wide but the bees are fighting a losing battle and this represents a threat to food supplies.  In the United States, bee hives are 'bussed around' in a somewhat 'cavalier manner', indeed "Hives may be moved multiple times and several thousand miles per year"

There are other pollinators, for example, hoverflies as discussed recently in the woodland blog.  Though hoverflies carry out significant pollination activities across the world (perhaps up to 30%),  they are not as ‘single minded’ as bees in terms of their foraging activities. 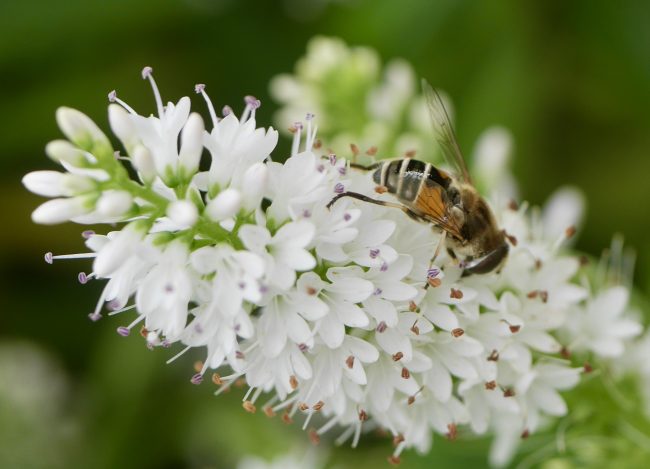 However, there might be a way to encourage them to be more productive in orchards, and possibly crop fields - through the use of AI technology.   Firstly information has to be gathered about the number and type of pollinators present in an orchard / grower’s field.  This is then considered in relation to environmental factors (temperature etc.) in order to understand where there might be problems and to get an ‘index’ of ‘pollinator health’.  This enables workers to distribute AI devices which release natural chemical signals to which hoverflies, in particular, respond.  These natural,  volatile organic chemicals encourage the hoverflies to move towards specific areas so that the flies pick up and transfer more pollen.  Interestingly, there is some evidence that the hoverflies ‘encourage’ bees to become more efficient pollinators, possibly a competition effect. 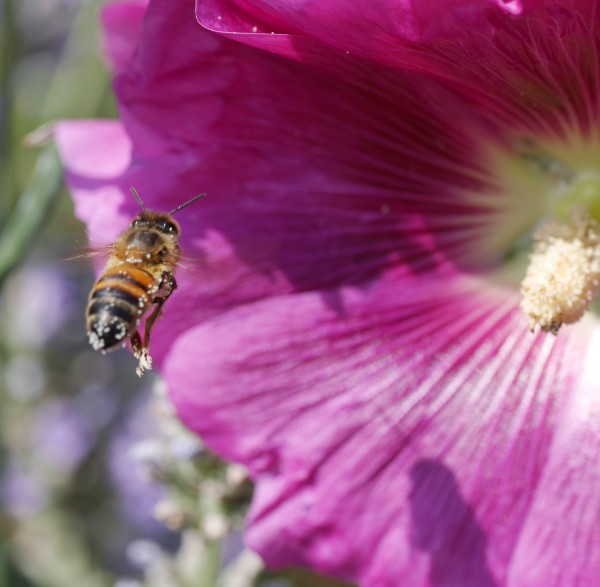 It may be that this technology and hoverflies can be be used in polytunnels.  Polytunnels are used widely to grow various crops in the U.K. but bees are not always the most effective pollinators in these, so bumblebees have often been used.  However, they too are under threat and hoverflies might be a viable alternative as they are small enough to act as pollinators of flowers such as those of blueberry.

This synthesis of AI Technology and biological systems (OLOMBIA) has been developed from the Biodesign Challenge  2017 by Tashia Tucker.

This sounds like a whole new level of interference and balls up. Good planting of support species, pollinator species and creating a diversity of micro climates… A good shelter belt wouldn’t go a miss either.

It is interesting that AI technology could aid hoverflies to replace bees and bumblebees in pollination but sad that it should be necessary to consider it. Re-wilding means what it says and not the replacement of wildlife by technology, and technology would be better employed in countering the factors that contribute to the loss of ecosystem services and not substituting for them.