Białowieża is a forested area that lies on the border of Poland and Belarus.  It includes some 1500 sq km of some of the tallest trees to be found in Europe, including towering hornbeams.  It is a species-rich area, with carnivores such a lynx and wolves, 120 bird species (including the three toed woodpecker and pygmy owl), 60+ mammal species including the bison!  The area has been described as a “national treasure for Poland and an international treasure for us all”.

The tracts of forest are special as they have never been felled, though it would be wrong to think of the woodland as ‘primaeval’  like the original ‘wildwood’. The woodland / forest supports a community through tourism, timber, hunting, honey and mushrooms, not to mention scientific researchers and the staff associated with the National Park.  However, only 105 square km of the forest has been designated as National Park or a Unesco Heritage Site. It is true that the Spruce in the forest has been attacked by the spruce bark beetle, plus as it is shallow rooted, it has also been affected by climate change and drier soils. But dead wood has its value, supporting large numbers of invertebrates. In time,  hornbeam and lime will colonise. 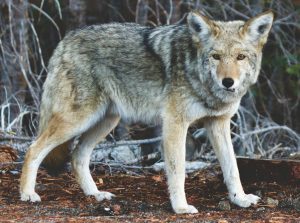 The value of Bialowieza lie in its size and the fact that it has been untouched for centuries. The area could act as a natural laboratory for the study of species and climate - offering insights into how we have changed the environment and how it is responding. But in recent times, the Polish Government has announced changes in permitted logging around the protected areas.  Local communities used to be able to harvest 48000 cubic metres of timber each year but this has now been trebled. Control of the bark beetle has been cited as a reason for this change in policy. If this area is fragmented and parts of it managed, then its complexity and biodiversity will be lost.  A predator such as lynx can range across a territory of some 300 square km.  Giving that this area is a small percentage of Poland’s forests - much of which is commercial plantations, it seems a great shame that Białowieża cannot be spared from the chain saw and axe.

Images not of  area but 'representational' and courtesy of unsplash.com