Phenology is about the observation of natural events, recording when things happen, for example, when horse chestnut and ash trees come into leaf, or when the first swifts or bumblebees are seen. These timings vary from year to year. Through the recording of natural events over many years, one can look for trends and see if they are correlated with changes in the weather or other phenomena.

Recent studies by researchers at Rothampstead, the Centre for Ecology and Hydrology, and the British Trust for Ornithology suggest that a number of different phenologies are changing.   They looked at various insect and bird populations in a variety of different habitats (urban gardens, agricultural systems, sand dunes, grassland, woodlands etc).  The broad conclusion was there was a “trend towards earlier phenologies for UK bird, moth and butterfly species across habitat types” . For example, aphids (which breed rapidly and can adapt to changing temperature quite quickly) now take flight some 30 days earlier in the year than fifty years ago.   Such phenological changes have ‘knock on’ effects.  For example, the earlier arrival of aphids can affect potato crops.  Aphids spread plant viruses and young potato plants are more susceptible to viral disease than older, more mature plants. 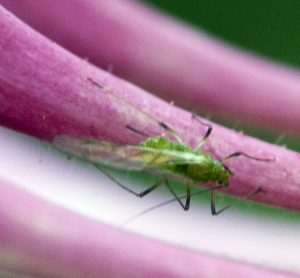 A particular concern of these various changing phenologies is that ‘mismatches’ can occur, for example, when trees come into leaf determines when caterpillars will be able to feed and that in turn affects when birds can feed on the caterpillars.  If these events do not occur in order / sequence then food chains are affected.  Such  changes can be broadly associated with changing winter temperatures, the duration of cold periods, and rainfall patterns - i.e. climate change.  The U.K experienced a warm spell this February and there were reports of migratory swallows arriving in the South West, ladybirds mating and rooks nesting; and back in November snowdrops were flowering (a month ahead of time).

It had been expected that more ‘complex’ ecosystems, like woodlands with a variety of micro-habitats (as compared to grasslands / farmlands) might offer a haven / buffer against some aspects of climate change.  However, this was not the case - the researchers concluded “the hypothesis of habitat buffering of global warming effects is not well supported”.  Though some work done at the University of Vermont suggests that older forests in eastern North America are less vulnerable to climate change than younger forests - in terms of biodiversity and carbon storage.

Other studies paint a worrying picture of the state of wildlife in the U.K and Europe - for example 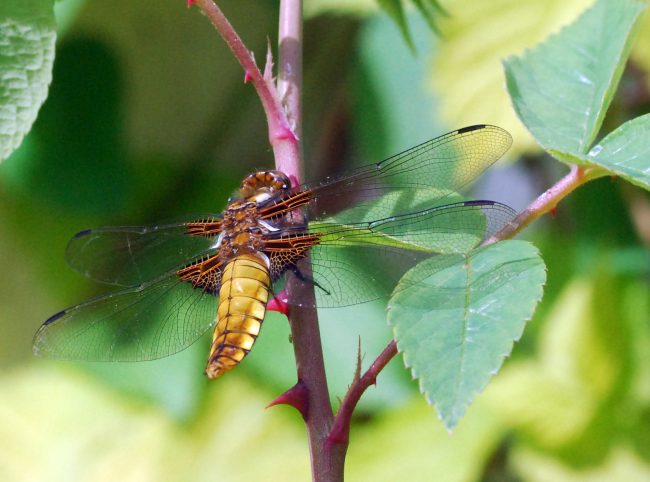 In some parts of the world, climate change is a direct threat to the food supply.  Certain plants respond to stress (such as drought) by producing toxic chemicals - like nitrates and cyanide - these can be fatal to livestocks and us.  Problems can be amplified if crops are infected by particular fungi - fungi that can produce deadly mycotoxins.   The mycotoxin - aflatoxin, is responsible for many cases of liver cancer each year.  It is produced by the fungal mold Aspergillus flavus.  Aflatoxin can occur in nuts, legumes, seeds, corn, wheat and some spices, such as chili and paprika. Exposure to extreme heat and drought before harvest, and / or poor storage conditions (humidity and warmth), increase the likelihood of toxin production.

These problems are mainly a concern in developing countries at present but as temperatures rise then there could be problems elsewhere.  This issue had been raised by Professor Jacqueline  McGlade.  Extreme heatwaves have affected places as diverse as California and Sweden; these offer ‘opportunities’ for the altered physiology of crops,  and pathogens. 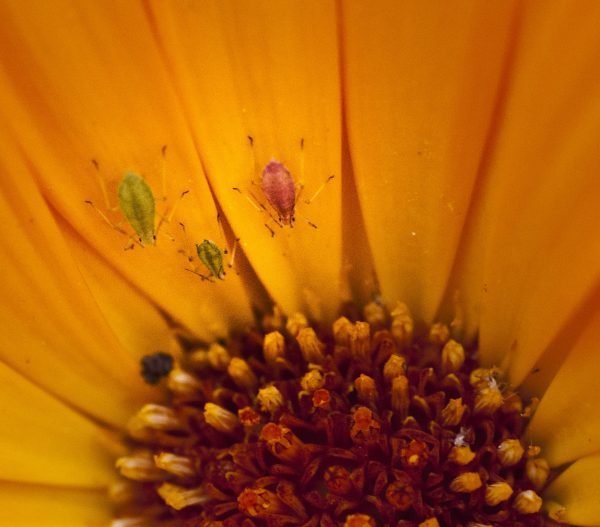 None of the three studies linked to show that climate change has anything to do with the decline other than one saying it ‘may play a role’ but that is often put in the keep the grant money flowing.

All three studies agree that the industrialisation and intensification of agriculture does play a part with different land management and insecticide spraying.

Pleased to see a pat on the back for the increase in coppicing allowing some species to flourish.