A study undertaken by researchers at Cambridge has revealed that moth outbreaks can have significant effects on the surrounding ecosystem(s).  As the numbers of caterpillars are so high, they eat large amounts of leaf material.  This has a number of consequences

Details of the work (which focused on forest and lake systems in Canada) can be accessed here. 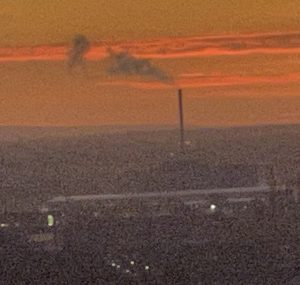 Tiny particles called PM2.5 (released from a variety of sources, such as road traffic) pollute the air.  They are harmful to our health as they can pass into the lungs and out into the blood stream.  They then circulate around the body and end up in various organs.  One source of these tiny particles is the burning of wood in wood burning stoves.  One recent study has suggested that wood burning may account for some 40000 early deaths in Europe each year!  The biggest single source of PM2.5 air pollution in the U.K is domestic wood burning, which is said to produce three times as much pollution as road traffic.  The situation is similar across Europe.  Only 8% of the population use wood burners

New wood burning stoves are said to be more environmentally friendly but they still emit more tiny particle pollution than an HGV truck. The ecodesign standard developed by the EU allows wood stoves to emit 375 g of PM2.5 for every GigaJoule of energy produced.  By contrast, an HGV can only release 0.5 g per GJ.  HGV have filters and catalytic converters that capture / reduce pollution.  The burning of wood in stoves involves many factors, including air flow, fuel quality / dryness and the amount of fuel being burnt.

Full details of the European Environmental Bureau report “Where there's fire, there's smoke.  Emissions from domestic heating with wood” can be found here . 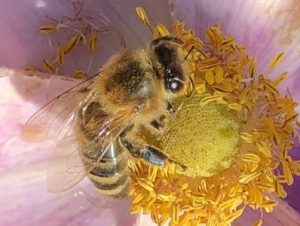 It is well known that weather has a direct effect the foraging ability of honey bees, now it is known that weather / climate also affect the incidence of disease in hives.  A study undertaken by Newcastle University has revealed infection  / disease in hives is affected by climatic variables. For example, varroa mite infestation increased as climatic temperature increased,  but was reduced during heavy rainfall and wind.

Full details of this investigation can be accessed here.