Badger culling is intended to reduce TB  (Tuberculosis) in cattle and is being approached very differently in England than it is in Wales.  In Wales,  the Welsh Assembly propose to carry out their own culls whereas in England the Defra minister, Jim Paice, expects farmers to club together and reduce badger numbers on a private and local basis.

Welsh Affairs minister, Elin Jones has just initiated a 12 week consultation (you can express your views through wales.gov.uk/bovinetb) but this consultation is based on a clear plan to cull badgers in an “Intensive action area”.  This area is mostly in north Pembrokeshire, but includes small parts of Ceredigion and Carmarthenshire.  Jones claims that “badger culling is proven to reduce disease in cattle significantly.”  In the area where the cull is planned 70% of the 321 cattle farms have been affected by bovineTB and a quarter of these farms are under TB-related restrictions.  Fighting against the Welsh Assembly approach, local campaigners in Pembrokeshire say the badger cull is not only unnecessary and very expensive but a programme of badger vaccination would be much more effective.  They also want to avoid cruelty to badgers and damage to wildlife. 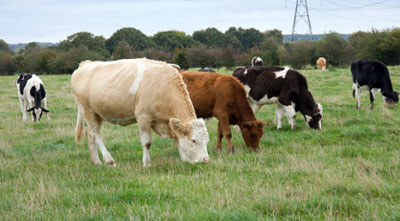 Farming minister Jim Paice is also launching a 3 month consultation in England on the basis of a proposal to identify areas of 150 square km (roughly 8 miles by 8 miles square) where landowners will apply collectively for licences to kill badgers.  These licenses will be issued, perhaps with some irony, by Natural England under the 1992 Badger Protection Act: they will allow trapping then shooting or simply shooting of free-running badgers and in theory it will allow badger vaccination as an alternative.  Once granted, a culling licence will run for 4 years.  This is all intended to put the responsibility and the cost in the hands of local farmers.  The minister says that the bovine TB situation is “steadily getting worse” and current controls an the disease have failed: “we will not succeed unless we tackle the disease in badgers”

A good level of local consensus and resolve will be needed as at least 70% of the land within any licensed area must be available for culling.  Another requirement is that the cull must reduce the badger density to a level that reduces TB transmission but not so low that badgers become extinct.

Badgers have friends who oppose the culling

The Badger Trust is looking at the possibility of a legal challenge to Paice’s plans following the successful challenge earlier in the year to the Pembrokeshire cull, and they are particularly against the shooting of free-running badgers without them first being trapped.  They describe this as a “DIY killing regime”.  Hilary Benn, a former Defra minister, says the policy is wrong because it won’t work and the RSPCA describe this approach to reducing the badger population as a “recipe for disaster”.

What are your thoughts on the plans for “badger control” in England and Wales?

Interesting that bTB has been found in a hunt pack in Bucks which is revealed this year (Ecologist magazine); bTB is a cattle disease and it is unclear why badgers have ever been targeted as a vector in the transmission between/to cattle, as every mammal can be susceptible to bTB and badgers appear to be remarkably resilient to the disease.
Perhaps it is time to look into other mamm
als particularly hunt hounds and perhaps farm dogs as possible reservoirs of infection, in addition to better testing/policing/disposal of diseased cattle