I couldn't get the gears on my bike to work so instead of going out I decided to make a cup of tea.  It may seem cumbersome but to make the tea I wheeled out my new solar oven, which is a large parabolic dish and once it's angled it towards the sun, its rays get concentrated onto the saucepan of water.  Actually as I write this, I'm drinking the tea made from water boiled by the said solar oven.  Like campfire tea it tastes especially nice - one enjoys it even more from knowing that it's made with renewable energy.

Our solar cooker only arrived last week and my son and I constructed it in about an hour.  The instructions were only in Chinese so some guesswork was involved and as with constructing IKEA furniture there were bits that had to be undone and turned around in the process.  We put together the six sections of the parabolic dish and then constructed the metal frame which goes on three wheels for moving it around easily. 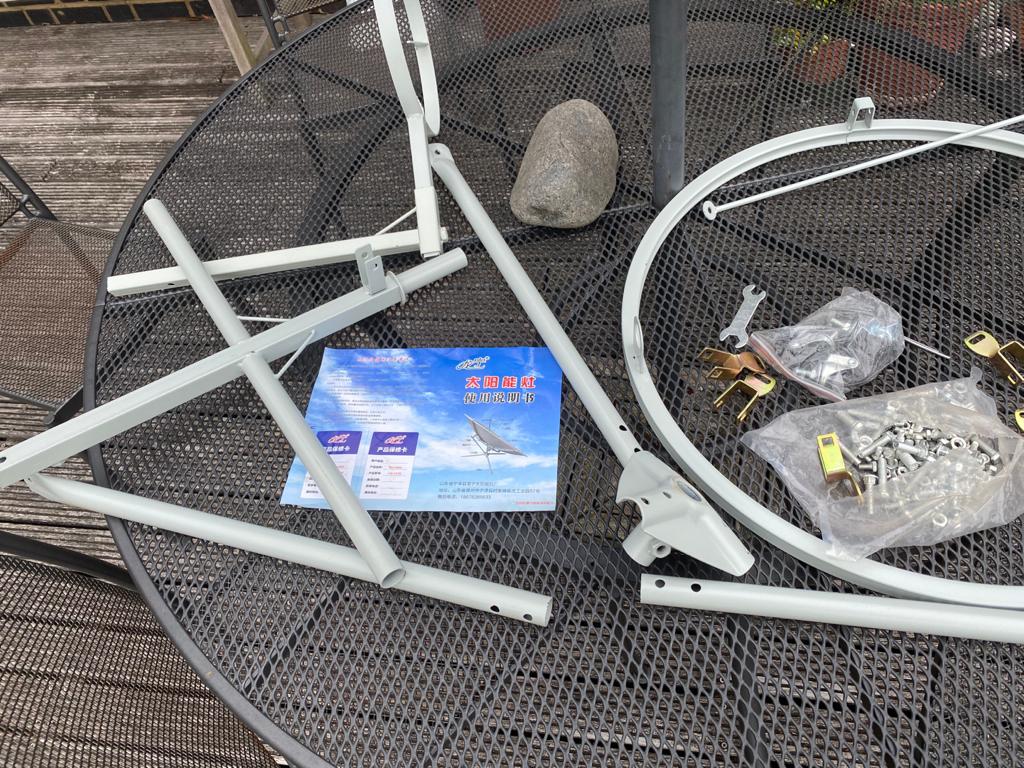 We bought our solar cooker on Amazon and unusually it took 6 weeks to arrive but that was probably because there isn't much demand for these (yet) and it came from China.  Including delivery it cost £189 but I bought it to experiment with seeing what the sun could do directly rather than through photovoltaic panels.  It's not only water you can heat up but you can fry sausages and make stews - controlling where the heat goes can take a bit of practice because of regular adjustments pointing the dish towards the sun. Apparently the contraption can heat up to temperatures of 800 degrees and the beam gets concentrated on a small area. It also works much better if your pans are black rather than shiny. Normally in a woodland you would expect saucepans to get progressively blacker but without a source of carbon that doesn't happen with the solar cooker.  Fortunately we had plenty of old pans from camping trips. 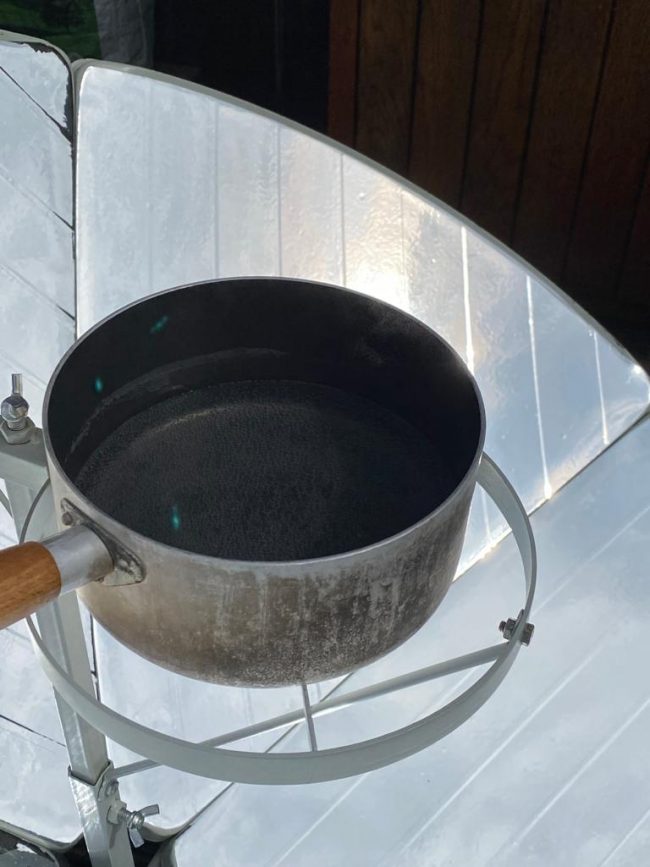 After wheeling the dish back to my bike store I looked more closely and noticed that my bike gears were broken because they'd been frazzled by the oven when I was away from it.  Also my bike helmet has been zapped.  It really is hot! 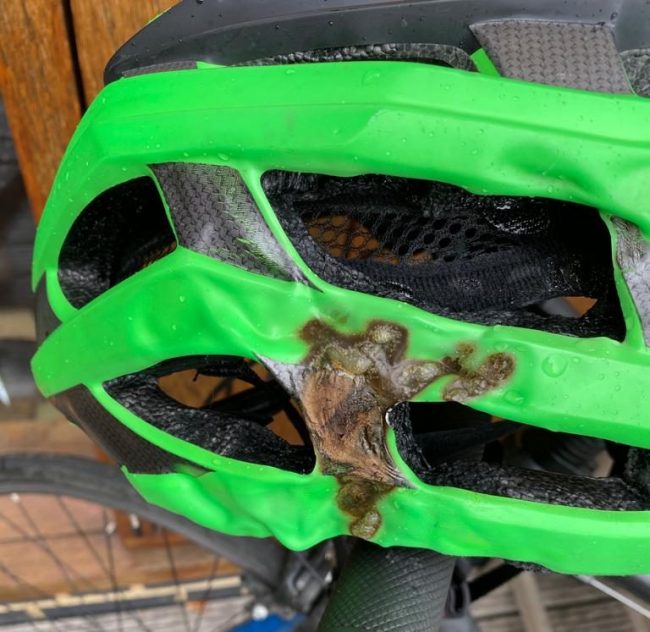 I've decided to protect it, or rather to protect everything else, with a sheet to cover it.  One can see how the solar cooker could start a fire in a woodland, just as discarded bottles can magnify the sun to start a forest fire.  It's another bit of forestry equipment that requires careful handling. 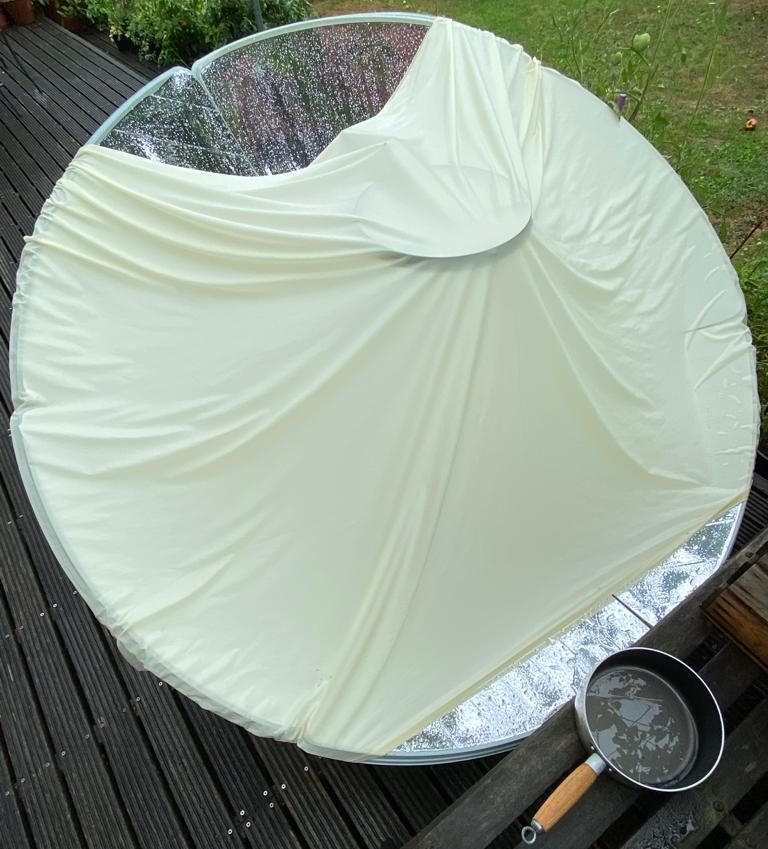 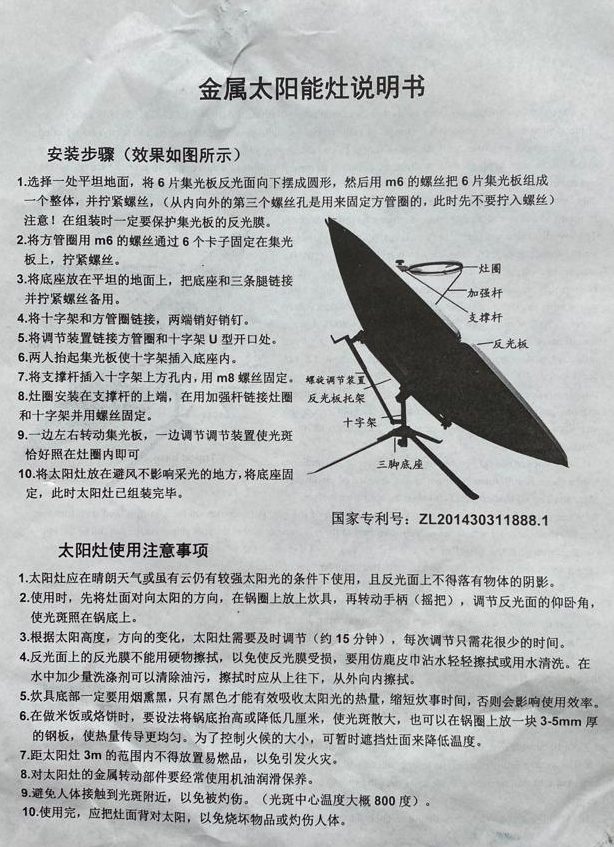 Thanks for this article, I’ve been thinking of getting one of these for a while, as an alternative for a BBQ, they always seem a bit big though.. Good to see safety precautions need taking.