A brief history of the Forestry Commission

The Forestry Commission was set up shortly after the First World War to replenish forests and woodlands after felling during that war. At the beginning of the 20th Century the UK’s woodland coverage was at an all time low – just 5 per cent of total land area. The Acland Committee reported to Prime Minister, David Lloyd George, in 1918 that state organisation would be the most effective way to bring about reafforestation and plan for the future of British woodland. Thus, the Forestry Commission was set up and began to buy land and plant on it. Throughout the 1920s and 1930s the Forestry Commission voraciously bought land, which by 1934 totalled over 900,000 acres.

When it looked likely that war would once again break out, the Forestry Commission worked closely with other government bodies to plan for the anticipated war demands for timber. As had been the case during the First World War, the Second World War resulted in major wartime felling. 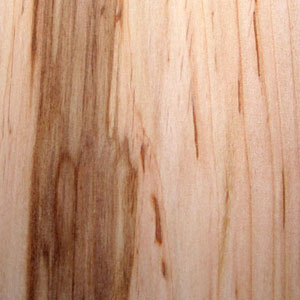 Nearly 30,000 acres were clearfelled between 1940 and 1946. During the war, Commission forests produced over 50 million cubic feet of wood. However, the sheer scale of wartime felling on private land was immense with Forestry Commission timber only making up only 10 per cent of the total felled. Once the War was over, the Commission continued to buy land on which to plant. This focus continued through the 1950s, 60s and 70s, with some attention also being placed on research and adopting new forestry technology. Other significant post-war changes to British forestry included the introduction of licences for timber felling and also the ‘right to roam’ on Forestry Commission land for members of the general public. Although this latter change granting of public access engaged the general public in woodlands and the countryside, it was very much limited by the fact that it was not widely publicised or actively encouraged by the Commission. 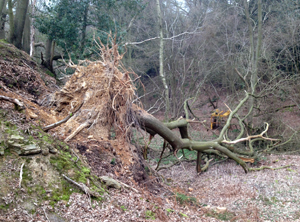 The Great Storm of October 1987, ​in which​ over 50 million trees blew down, posed a challenge to the Forestry Commission. Many woodlands needed to be restocked in a decade where government cuts had restricted forestry operations. More recently in 2003, the Commission's organisation has been restructured​:  separate Forestry Commissions were established for England, Scotland and Wales.

Forestry Commission Wales is now part of Natural Resources Wales, and the Forestry Commission Scotland is now funded and accountable to the Scottish Parliament.  There have been some unusual episodes in the Forestry Commission’s history. For example, for over 50 years the Commission had a social policy of drawing people ‘back to the land’. This mostly took the form of a smallholdings policy, often in remote locations, which led critics to question the social desirability of ‘company villages’ in some less accessible locations. Moreover, the Commission has been widely criticised for its early reliance on conifers which did not increase biodiversity and created a uniform appearance of forests. However, today the Forestry Commission ​estimates​ that 13 per cent of Britain is covered by woodland (although only partly due to the Commission’s efforts), this represents a massive increase on the 5% coverage at the beginning of the 20th century.

[…] the First World War.   At about this time, the woodland cover had fallen to 5% (in Britain) so the Forestry Commission was established. This had the aim of ensuring that there would be a strategic reserve of […]

How very smelly of the FC to have’right to roam ‘ on FC land and then sit on it. Presumably any fresh young democrat product of Ciren, canbridge, Oxford or Aberdeen, mentioning it to the public casually or even at Royal For Soc meetings ‘got his card marked’ for promotion.
Would the FC care to confirm or deny?

Yes, kept aware of all Forestry aspects from 1966 [Eng and Wales] to 209 in Scotland and never got a whisper of Right to Roam being in place.

Yaff Wood was there in the 1920’s. My mother-in-law aged about six walked there with her father when his lungs were bad, he was gassed in WW1. She said they walked from Bacons Lane up to Matlock Road and went into the wood just past the golf course. The short trip took several hours.