What does Brexit mean for UK woodlands?

Whatever one thinks of the Brexit vote it is certainly a very big deal for the UK economy and is causing a re-evaluation of almost everything.   The most immediate effect has been a devaluation of sterling which has already dropped by over 10% against both the dollar and the euro and may well drop further.  Longer term effects may include a reduction in the number of people working here from abroad, changes in regulations and the possible departure of Scotland from the UK.

Devaluation should make woodlands relatively more attractive to buy for several reasons - firewood is more valuable in relation to other fuel prices which have already risen and timber from abroad has become more expensive, so that home grown timber should be worth more by comparison.  Foreign holidays will cost more in sterling terms so many people will decide not to go abroad or to do so less often which makes spending a week camping in a woodland relatively more attractive. 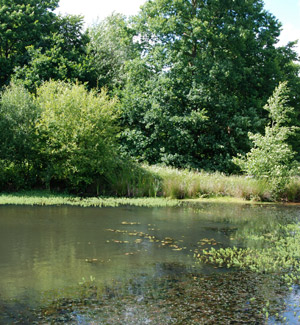 Perhaps, too, there will be a sense that the UK will have to look more to its own resources and that we will want to make more use our own woodlands for craft and educational purposes.  A lower pound also makes UK land more attractive to people buying from other countries and it could well be that foreigners will increase their investment in British forestry.

Another immediate impact of the Brexit vote has been the reduction of interest rates and there will also be an increase in inflation, particularly of imported goods.   Both these make buying a woodland more attractive - not only will people get less return on cash savings but they will reason that land will go up in value with inflation.  Put another way, the real value of money in the bank will reduce whilst the value of a real asset should increase or at least hold its value.

Brexit is about more than financial effects.  It will probably also start to change how we feel about things.  The country might have to look beyond Europe to a greater extent to try to find trading partners but it will also turn in on itself more.  This should fuel the existing tendency for the British to do more with our woodlands and to make more of what we have.  Many people have found the whole Brexit experience very stressful and even divisive so some of them will want to "get away from it all" and be at one with nature in a woodland.

What do you think will be the likely effects of Brexit on woodlands in the UK?

It’s time to roll up our sleeves and crack on with Brexit. Most remainers don’t want it because it means change and too much hard work. Cheer up remainers we’re about to get our hands dirty and we will all be smiling about it when we finally get to watch that mighty oak bloom again in the spring. All it needed was a little thinning around the canopy to make room for more shoots to find the light.

Alan fae Scotland.
In reply to Nick 15-7-16
I think it’s about high time we all stood on our own two feet and stopped relying on other people to make decisions for us and stop painting black pictures of doom and gloom.
As an employer of four I have a duty to provide those loyal folk with work five days a week and they can work as much overtime as they want. The reason for that is I’ve trained myself over the last 25 years to diversify into different industries.
THAT IS WHAT EVERY COMPANY NEEDS TO DO TO SURVIVE.
So the UK is now out of the EU. Big Deal. It’s not the end of the world Nick.

Anyone that cares for woodlands should also care about climate change, and the EU is doing more to flight climate change than anyone. The EU won’t collapse because of BrExit, but it will be diminished, and climate change will get worse. That’s not in anyone’s interest.

Thank goodness we will hopefully be out of the EU before the whole edifice collapses. I find it really amazing that some people think it was beneficial for this country. If the remainders pause and think they should realise that the EU is against the interests of all the northern countries. Poor countries in the southern part of Europe want the richer north to fund them, which we have been doing for the last 40 years..remember Baroso,s comment: that politicians have to keep countries in the EU because it is against the will of the people..well, they have failed.

Think positively all you doom mangers! Out of chaos comes opportunity so grab it with both hands.

A great way of getting extra Money in the Country. As long as the taxation on purchases for a foreign investor will be the same as that of the local inhabitant of the UK.

An ‘up-keep ‘monthly/yearly’ charge should be levied as well, because ‘Out of the Eye is Out of the heart’. a National might still go and fix things that went wrong during ‘natural disasters’ but should also be informed by other ‘Co-Foresters’. For that Video/ photo Footage might be handy to inform the others in the specific area that co-operation to fix a water cause /Forestpath is required. That way the sun might shine a little bit warmer on all our forest dwellers.
Holiday park activities are not free, thus I felt that Walkers should also notify and pay a board before they go roaming, giving them the opportunity to also identify obsticles with photo/video footage which get e-mailed to the ‘owner’ & Board alike.

Brexit is a disaster which, if enacted (and that’s a big if) will be hurting us for generations. But the effect on woodlands? Well, today I was hacking stumps to prevent re-growth in a future clearing, and I’ve never hit so hard. “Take that, Farage!” “And you, Gove!!” “Boris *!@+# Johnson, here’s one for you!!!”

So it worked quite well.